I'm calling these finished and I'm taking them to Reaper Con just to get some feedback on them. I'm pretty happy with them but I see some flaws too. I also wanted to get them looked at before I start throwing stowage on them.

I picked a specific unit for my Stugs; Sturmgeschutz-Brigade 341. Ut had a couple of unusual characteristics that I wanted to try and model and it would make them stand out on the game table from all the other Stugs out there.

First the maintenance crews modified the front skirt to make maintenance a little easier on the front drive sprocket. Second they welded plate over the gun mount to help keep debris from falling in and possibly fowling the movement of the gun. The third, which doesn't make much sense, is they bent the top of the skirts over towards the upper hull. Not sure what they were attempting to accomplish but its clearly visible in the pictures. My main reference for this was "STUG III & IV, German Army, Waffen-SS and Luftwaffe, Western Front, 1944-45" by Dennis Oliver and published by Tank Craft. The Tank Craft books are excellent. I found a number of other photos of Stugs from this unit which provided some other angles, most from "Sturmgeschutz on the Battlefield" I just don't remember which volume those picture were in. 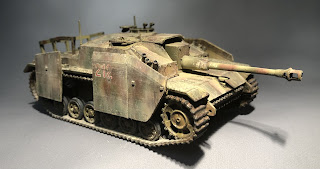 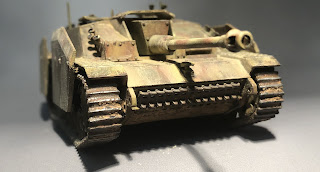 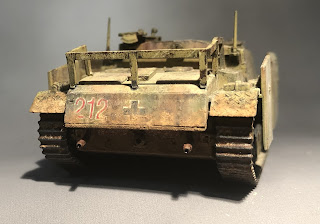 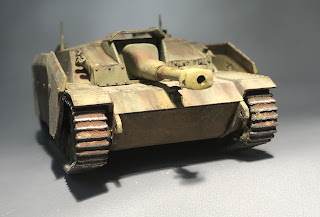 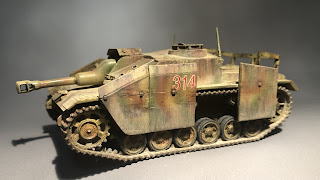