Our thoughts have turned to what room we will be renovating next. I'm pushing for the "library" room, a small bedroom that has a bunch of bookshelves plus our large craft cabinet in it. This would involve getting rid of the existing bookshelves (or at least moving them somewhere else in the house) and then painting the walls and probably the ceiling. Once that's done then we can start putting up new shelving.

There are couple of requirements for the renovation. First it has to provide some desk space, probably under the window. This is important as we both work at home now and while we prefer to be in the same room, however, when we are both on conference calls one of us has to move. Right now I'm moving into my workshop room in the basement which means I'm constantly putting away model projects because I need the desk space. Which further delays my model projects!

Second is to replace the bookcases with bookshelves. What do I mean by that? We need something that's more flexible than a standard bookcase. My intent is to line the walls with french cleats which will allow let us arrange the shelves as we need. While we would still be restricted by the location of the cleats we would not be restricted by height (other than the ceiling) or the width of a bookcase. In turn this would allow me to use the cleats to attach a layout to (the secret reason for using french cleats) directly to the walls without a lot of extra effort.

The third requirement is non-negotiable at this time, the craft cabinet must stay. While it is fairly compact when closed when fully open it occupies a 7' width. However, it would be closed the majority of the time and it doesn't have to be fully opened to use. I will capitalize on that aspect. Since the cabinet doesn't have to be tied to the wall I can leave a gap behind it to provide a limited amount of staging which would, again, be suspended on french cleats to a spot behind the door where cassettes for staging would reside. This would keep these hidden except when the layout is in operation.

I have been studying Warehouse Row on Wynkoop street for sometime now. Recently I asked a question on the D&RGW forum about what local or job switched Wynkoop street. A fair amount of information tumbled out (and may result in an article for "The Prospector" the Rio Grande Modeling and Historical Society's quarterly publication) in a fairly active discussion.

This is the discussion that unearthed a photo that showed a diamond crossing directly under the 15th street viaduct on the east side. This crossing doesn't show up on any Sanborn map that I have access to and it would be crucial to switching the area efficiently. In fact I had added such a crossing on the last plan that I had drawn but centered between 15th and 16th street.

I have been dithering about the year and I think it will be 1958. This would be before the postal annex was built so the long siding serving those businesses would be present and it would have been possible for the 15th street viaduct to have been built (based on when it was first proposed, I think it was actually constructed in the early 60s). I'll have to decide if a couple of the businesses will be back dated to earlier occupants or not.
The amount of space available for the main section of the layout is 13' 9". I was messing around with scales and I think I can almost fit the entire area between the Speer Viaduct (across Cherry Creek) all the way down to 16th Street with very little compression needed. I have been doodling around with that concept for the past week or so. The problem I'm running into is the arc of the curve needed to move trains in and out of the staging area. So nothing final by any means but I think I'm getting closer. Close enough that I have a bought a some freight cars off of eBay (great deal on that one) and I'm looking for some motive power. The 1958 period allows a lot of leeway there; Alco RS3, Alco S2, Baldwin VO660, Fairbanks-Morse H10-44 and H15-44. I don't know exactly what was used in the area but all of those are available, on way or another, in HO scale. I do know that these area was handled by the 7th Street Yard and I think in that long discussion it was determined that it was probably not a specific job just handled by the yard crews probably at night or early in the morning. Still information to uncover. 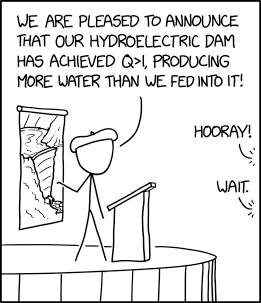 Posted by Heisler at 6:49 AM No comments:

I continue to build up my collection of D&RGW reference books. This one is out of print and missing the dust jacket but the price was pretty good compared to what I have been seeing so far. This one was written by Ross Grenard and it is a 1st printing.

I have thumbed through is a little bit and the pictures are great and its pretty much confirmed that I could use Alco RS3s to switch the Warehouse district. There are other options as well, but I think I'll concentrate on trying to acquire and RS3 in Rio Grande colors. 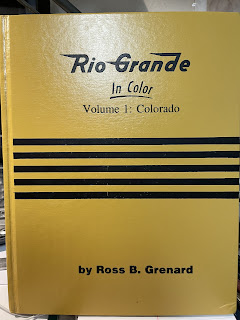 Everything is done! We were running into issues with the ink drying fast enough so we elected not to put a print on the reverse. My wife did a little bit of calligraphy on the backs instead and that's how they are going out. Most are already in the mail, plenty of time for Christmas.
I also finished all of the puzzles. I have cut 9 of these over the past month or so. Two will do service as "demo" puzzles, just something to have out on the table when we do a craft fair. The other seven are for family and are done in plenty of time to be wrapped without stressing over getting them done!
Posted by Heisler at 11:14 AM No comments: 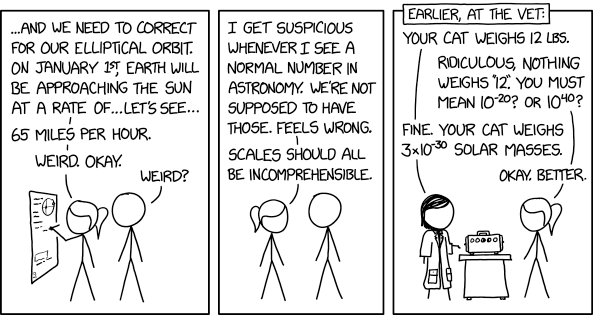 Posted by Heisler at 6:57 AM No comments:

Posted by Heisler at 6:55 AM No comments: 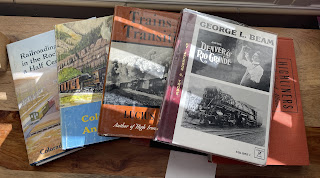 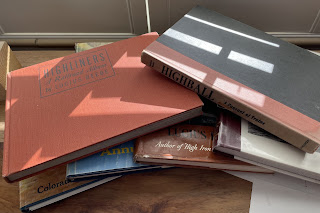 A bit of a treasure trove for me.
Posted by Heisler at 7:00 AM No comments:

There is a bit of history behind this picture of Roscoe, who passed away about six months after this Christmas picture. Its the last Christmas we celebrated in my Mom's condo in Boulder CO, just west of the Pearl Street Mall. Roscoe was my Dad's Portuguese Water Dog, when he passed (Oct 2015) away Roscoe and my Mom moved into the Boulder condo. Going from 5 1/2 acres of backyard was a little tough on Roscoe and my Mom just couldn't keep up with his energy. He did adapt pretty well to condo living though. So my sister took Roscoe to live with her in Seattle. She had a condo about 3 blocks from the Space Needle and he had a grand time living there. He had been ill just before Christmas and they were still doing tests, if you look closely you can see that his right leg has a shaved spot for an IV. He spent a very energetic Christmas with all the people he loved and he passed away about six months later.
It should be a pretty special picture for my sister, I don't think she even knows I took this photo at the time. It took about another hour or so to finish cutting this one up. I wanted to be sure to capture his eyes as a single piece otherwise they would be lost in all that black fur. I cut the nose and mouth as a single piece as well. The piece count on this one is a bit smaller than the last few I cut; 163 pieces down from about 180. My goal is to hit about 185 or so which is 2.3 pieces per square inch for an 8x10 puzzle, I figure anything over 160 is pretty good at this point. The number of pieces directly affects how difficult the puzzle is and you increase the difficulty by disguising corners and using a non-grid cutting technique (usually just referred to as random) but adding whimsies reduces the difficulty, a bit, because it gives the solver something pretty specific to build from.
There are a couple of things that I'm working on the most; cutting the whimsies (typically involving some pretty extreme changes in direction) and making sure that I'm cutting good interlocks so the puzzle doesn't completely fall apart while you are putting it together!
Here are the final steps finishing up the Roscoe Puzzle:

I have finished a 50 card run of the Christmas card in red ink. These will need to dry before I can do the black on the reverse. That should give me time to at least carve the block for the reverse side now! On the puzzle front here are a couple of in progress shots just to show a little of how I go about doing it. I don't know if other puzzle cutters approach it the same way or not.  There are a fair number of them out there that do this as a business.