Since working on WWII miniatures is one of the groups on my priority list I have been slowing going through and figuring out what else I might need for each of the nationalities on the list. Somewhere there is enough Germans infantry to create a platoon sized force with some support weapons, I still have not located that box although I did find one squad sized pack from Artizan Designs that should have been in that box. My British Infantry which is based around a 1000 point army box from Warlord is probably in pretty good shape, the same for my British Airborne force which is based around a similar box along with some extras from both Warlord and 1st Corps. My American Infantry box from Warlord has also gone missing (probably a result of the remodeling at the house) so I reordered a box of American Infantry and a box of Rangers along with a couple of support weapons, although I now realize I still need another .30 cal MG.

I bought the Ranger box even though it has the same sprues as the regular infantry box because it has some additional pewter heads and equipment so I can create some variety. I also received a small package from Offensive Miniatures to fill out a couple of holes in my US Airborne troops. I really wish manufacturers would look at the actual weapon types that typical squad carries rather than go with the Hollywood version. I could field an entire squad of US Airborne troops with Thompson sub-machine guns and still have extras from Offensive Miniatures. I have started to update the lists on the blog with what I have added and what I'm working on now.

The new stuff on the shelf: 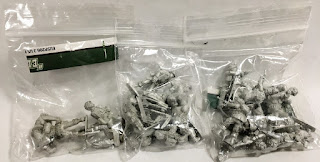 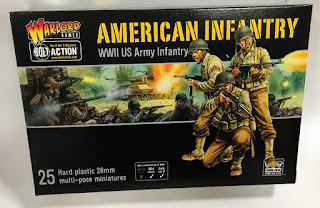 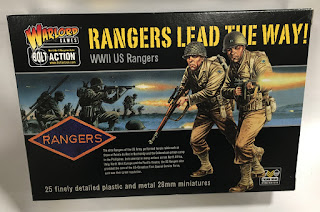 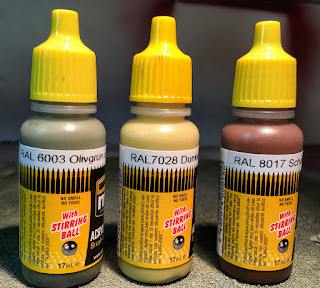 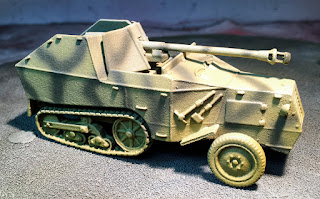 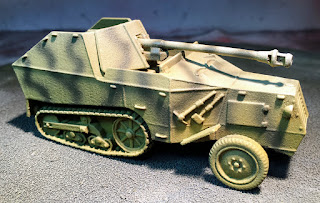 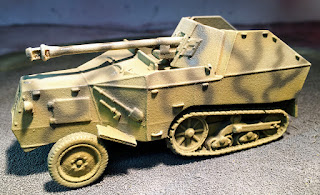 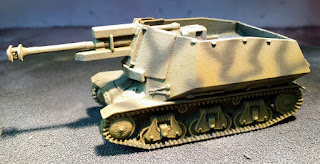 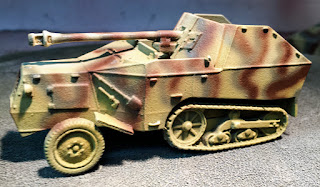 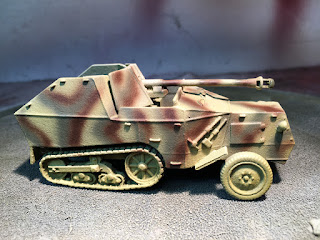 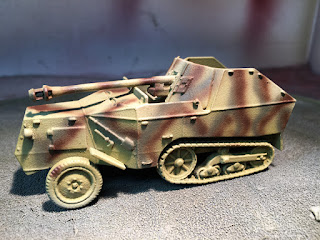 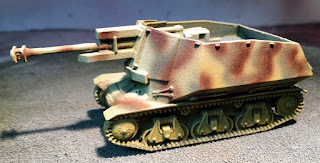 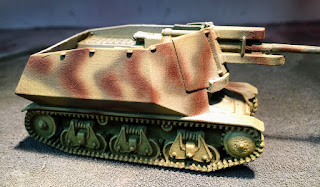 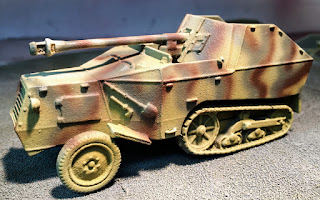 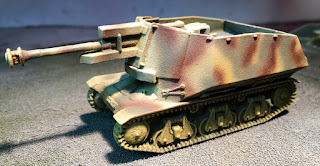 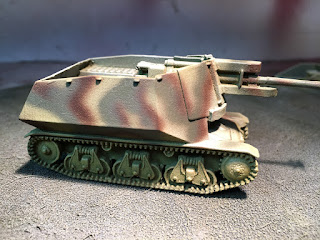 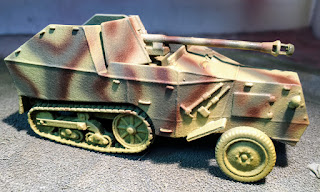 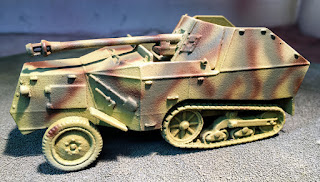 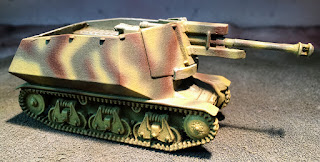 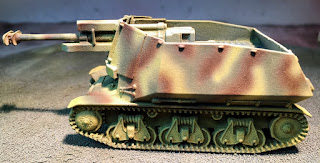 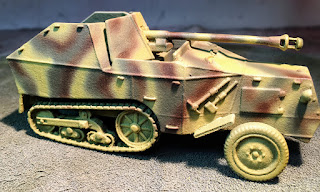 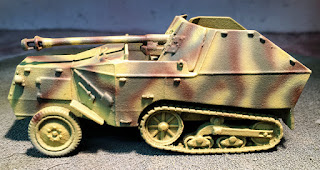 Posted by Heisler at 6:56 AM No comments:

Team Yankee - Bringing back the green

I started with a base of NATO green on all of the modern vehicles. As I added the Matte Black and the NATO brown, the green started to get a bit lost with the overspray. In this next session I went back in and went over the green again. I originally considered going in with a slightly lighter green but in the end went with it straight from the bottle. I also added Olive Drab (the modern version) to the tent at the back of the M577 and added some APC Interior green to some of the exposed interior side of open hatches as well as to the actual interior of the M106. I'm still really liking the AMMO paints at this point.

A look at the progress so far: 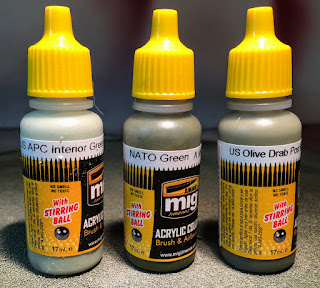 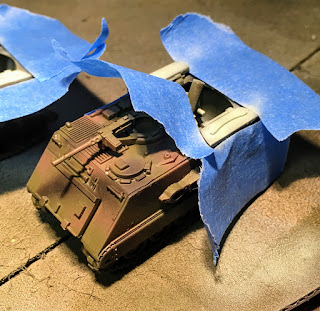 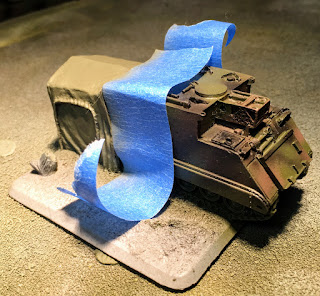 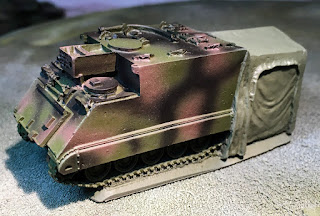 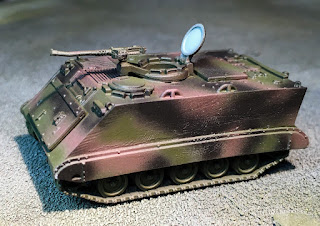 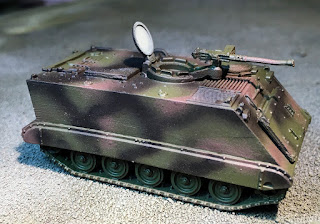 Posted by Heisler at 9:24 AM No comments: