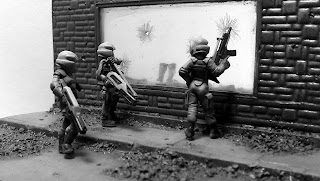 Fran (Angry Lurker) and Ray (Don't Throw a 1) put this up on their blogs ages ago it seems.  I just finally got around to putting together my answers

1. Favourite War gaming period and why?

ACW - Primarily because its a transition war with armies trying to mix old tactics with new weapons and trying to figure out what would work.

2. Next period, money no object?

WWII 28mm Skirmish - With lots of cool buildings with interiors to really get into the action.

Galaxy Quest - Tim Allen at his best
Buckaroo Banzai
Zulu
Star Wars - The first film I really saw on my own
Raiders of the Lost Ark - Because who doesn't want to be Indiana Jones?

4. Favourite 5 TV series?
My wicked category I don't watch that much TV. Figure I would define this as series that I will continue to watch long after its cancelled.
M*A*S*H
Star Trek
Dead Like Me (Why do they cancel the best shows?)
Star Gate: SG1
Eureka

5. Favourite book and author?
I can't pick one book let alone one author so I'll narrow it down to two. Can't get it down to one book.
David Weber
J.R.R. Tolkien

Footall (American) - Green Bay Packers, after all I do own a piece of the team.
(followed closely by Ice Hockey - Colorado Avalanche)

9. If you had a only use once time machine, when and where would you go?

I have no idea

Rib Eye Steak, medium rare, baked potato with all the fixins, my mom's apple pie (the whole pie, no point in sharing)

11. Fantasy relationship and why?
I think this is kind of a moving target as I get older my tastes have changed.
I guess right now I'm going with Anglina Jolie despite the fact that she apparently is a bit nuts/

12. If your life were a movie, who would play you?

I'll narrow this to Europe, since I have been to a lot of ACW sites.
Quatre Bras

Selling a couple of my painted armies. Anyone want to be a Norman army for SAGA?

An ACW game where I played the Union side with green troops and actually being outnumbered by the confederates with better troops. Sent them packing with almost no losses!

20. The miserable Git question, what upsets you?

Playing with people that have no sense of sportsmanship. And people that walk their dogs while riding their bicycle. 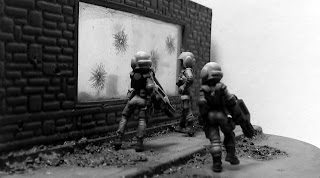