Lani gets her wings


Lani, or more properly Kahlani, left us on Thursday 10/28/2021, just six years old. She came to us from the Pyrescue group down in Peyton, Colorado (We don't have a single animal in this house that wasn't from a rescue). She was half Great Pyrenees and half Anatolian Shepherd so half working livestock guardian and half livestock herding dog, she definitely leaned towards the Pyrenees temperament.  There was some food aggression issues early on, bad enough my wife thought she might have to go back, but I recommended patience and discipline and that paid off in a big way. She was truly a wonderful dog we miss her so much.
She developed a soft cell carcinoma in her snout, that by the end would take up the whole right side, block her vision from that eye and close up that nasal passage so tightly that mucus drained from the tear duct on that side. We first noticed the bump in August of 2020 and thought it was a just a bee sting except it never went away, just got bigger. When we took her to the vet to check it out it came back as cancer and inoperable at that. It was already deep in the bone of her snout. We were, and are, devastated. It seemed like it took forever for tests and treatment options to come back.
In February we rejected radiation treatment, we didn't think she would survive five straight weeks of treatments requiring full anesthesia each time and then being told it would probably only give her six months at best (that would be August 2021 if you are counting). We decided to go holistic with a CBD treatment (which she hated since it was oral and apparently didn't not taste good) and a raw diet (which she loved). We would then periodically "debulk" the tumor, which meant removing any portion of the tumor that actually grew into her mouth, that was every 4-5 weeks or so. We could tell when it was time because she would start to chew them out and, of course, there would be blood everywhere. Nothing like coming out of the bedroom and finding your kitchen looking like a murder scene and your dog looking like she was an extra in a horror flick.
She was pretty happy and energetic up until the last 3-4 weeks. The vet constantly commented on what a fighter she was. Apparently the vet felt that she would lose Lani on the table each time she debulked the tumor. The vet found a second tumor during the last procedure, we knew it was getting close. She stayed "large and in charge" pretty much up through the last week and we started preparing to make the decision.
On Thursday we went on short walk to the mailbox. The mailman was still there so we diverted down the street a bit to walk up behind the truck. She laid down at the entrance to the neighbor's driveway and refused to go any further, that would normally be attributed to typical Pyr stubbornness. Probably not this time though. The neighbor came out and I went and got the SUV and my wife. Between the three of us we managed to get her into the back of the SUV (she had lost about 30 pounds which still left her at 104 pounds). We drove the 150' back to the garage and helped her out. She walked in to the backyard pretty normally but wouldn't go inside. Not on heard of, it was a beautiful cool fall day here in Colorado, Daisy (a small black and tan weighing in at 40 pounds and was my wife's father's dog) and Phoebe (our other Pyr, weighing in at 115 pounds) were outside with her. I came out of the house, about 5 minutes, later to check on her and she had moved off out of sight. Phoebe came dashing out from behind a wall, she was definitely looking for me. I headed over and and Lani was lying in her favorite spot against the side of the garage. I sat kneeled with her, she pressed against me and passed away. Our big beautiful girl had decided it was time to go. Large and in charge till the end, her way, in her time and her place.
I find some comfort in this story that I found (I left out the beginning).

The little boy seemed to accept Belker’s transition without any difficulty or confusion. We sat together for a while after Belker’s death, wondering aloud about the sad fact that animal lives are shorter than human lives.
Shane, who had been listening quietly, piped up, “I know why.”

Startled, we all turned to him. What came out of his mouth next stunned me. I’d never heard a more comforting explanation. He said, “People are born so that they can learn how to live a good life – like loving everybody all the time and being nice, right?”

The six-year-old continued, “Well, dogs already know how to do that, so they don’t have to stay as long.”

You came into my life one day
so happy and so smart
My constant companion
Loyal and loving from the start
You brought such love and laughter
into our happy home
With you sitting by my side
I never felt alone
Now you have left me
it's almost more than I can bear
The house seems to empty
without you standing there
You no longer wait to greet me
as I walk through the door
You're not there to make me smile
to make me laugh anymore
Just for now I need time to mourn
my broken heart to mend
Though some might say
"its just a Dog"
I know I've lost a faithful friend
You were a great companion
so playful, loving and true
My heart will always wear
the paw prints left by you 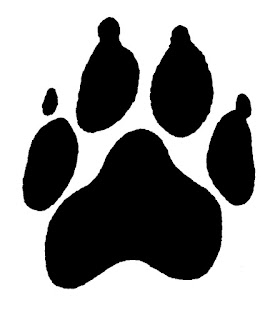